Choose Chicago, the local tourism bureau, has begun adjusting (and shrinking) its international presence. According to Crains, the bureau is closing its office in the Netherlands. It is also ending its contracts with tourist agents in London, Frankfurt, Sao Paulo, and Tokyo. Meanwhile, it will retain its offices in Mexico City and Toronto and expand its presence in China from contracted in agents in 3 cities to 4. For a complete look at the new configuration, click here. 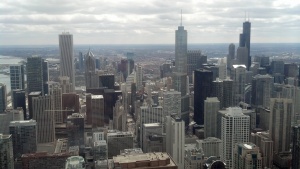 The map really visualizes some of the changes of modern globalization on many levels. Europe will no longer have a single contract agent (except on specific projects). This seems to parallel Europe’s economic challenges and reduced strategic importance. Also losing out are Japan and Brazil. This too seems to parallel the countries’ recent challenges: Japan with near constant recessions and aging and Brazil with crime and finances.

Meanwhile, once again China is the jewel of the crown. The four offices with contracted sales agents will attempt to wow Chinese tourist groups into visiting our beautiful town. They are especially important given that visitors tend to be part of the growing wealthy segment of the country’s population. Here, even Chinese students, are being courted by iconic brands – something that would have been unheard of under the socialist regime of the 70s and before.

Now admittedly, we can’t say these moves are a be-all, end-all of what is happening globally, but it does indicate a symptom of globalization from the US perspective. Choose Chicago is looking for value, and they are finding it in North America and China.